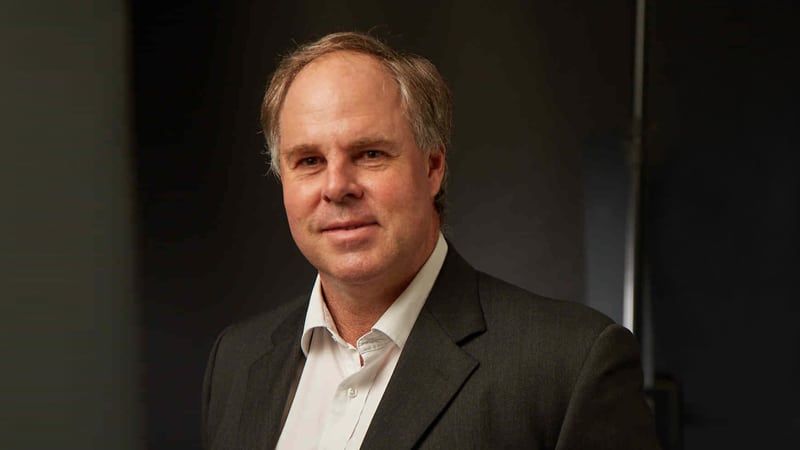 An ASX-listed mineral explorer with assets in three sites across Greenland and Australia, Conico Ltd has recently received exciting news, having seen positive indicative results suggesting the presence of minerals at its Ryberg site.

Listed on the ASX (ASX:CNJ) in 2006, Conico Ltd has recently begun polymetallic exploration at two sites in Greenland. Executive Director Guy Le Page joined the Conico board in March 2006, and is currently assisting with the management of the Greenland exploration activities, which is now in its second field season. Mr Le Page has ten years of experience as a geologist and has spent over twenty years as a resource analyst and Corporate Advisor with RM Capital Group, where he is actively involved in a range of corporate initiatives from mergers and acquisitions, and initial public offerings, to valuations, consulting and corporate advisory roles. Mr Le Page spoke with us recently to explain the background of Conico, the details of its portfolio of projects, and the positive indicative results recently found at the Ryberg project in Greenland.

Conico has two projects in Greenland, Mestersvig and Ryberg. The project area at the Ryberg site, where the company will be spending the entire of its second field season, is located within the North Atlantic Igneous Province (NAIP), and has two prospects so far, Sortekap and Miki Fjord.

Additionally, Conico is involved in a domestic project in Mount Thirsty, a cobalt/nickel project located 16km northwest of Norseman, Western Australia, which is a 50/50 joint venture with Barra Resources.

“The company was listed in 2006,” Mr Le Page explains. “It was a spin out from Tasman Resources Ltd, which I’m also on the board of. It had a portfolio of exploration projects in South Australia, and then moved into cobalt and nickel by acquiring the Mount Thirsty project.”

Mount Thirsty is Australia’s most advanced genuine cobalt project, and had a Pre-Feasibility Study (PFS) completed in 2020.​ The project is close to all necessary infrastructure and in a mining-orientated state. Since the completion of the PFS, cobalt prices have dropped, meaning the project will require a price rise to get it re-incubated.

“More recently, in late 2020, we finished the acquisition of Longland Resources, which had title to the Ryberg project in Greenland, and then subsequently we picked up Mestersvig to the north, so most of our activity has been directed towards Greenland [since then].”

The site at Mestersvig is a lead and zinc historical mine, which produced about 0.5m tonnes of 9% lead and 9% zinc back in the 1950s and early 60s. It is a large license area near the Danish military base, with good access and port facilities.

“We had intended to go and do some work [in Mestersvig] this year,” Mr Le Page says, “but ran out of time unfortunately. The main focus this year is at Ryberg, where we have got two prospects.”

A multi-element project spanning an area of 4,500 km2 area on the east coast of Greenland, Ryberg is an under-explored mineral province with a significant amount of magmatism that has intruded the sulphur-rich sediments of the Kangerlussuaq Basin.

“We got attracted to the project based on some high-grade nickel, copper, gold, cobalt and palladium assays on the surface,” Mr Le Page says. “They were taken by Longland a few years ago, and some of the sampling we did last year confirmed those results.”

Magmatic sulphides have been seen throughout the licence area, but most activities to date have focused on the Miki and Sortekap Prospects. Drill ready targets for potential disseminated to massive sulphide accumulations have already been identified via a high-resolution electromagnetic survey.

“We’ve had visual indications of mineralization that look encouraging. We haven’t got any assays back yet, but visually, we’re pretty encouraged by what we’ve seen. So a couple of big announcements and plenty of interest from the stock market, which is good.”

The company’s second field season has been in progress for about four weeks on the ground in East Greenland, with three rigs on site and a team working off a ship not far from the project area in Miki Fjord.

“[At] Miki Fjord we got some nickel, copper, platinum, palladium, gold and cobalt assays from the surface rock chipping that we’re following up, and I suspect that’s what we’ve been intercepting in the holes we’ve put down there so far. About 20km away at the Sortekap project, [we’ll have] predominantly gold, nickel and copper by the look of it.”

Conico’s exploration into its Greenland sites are still in the early stages, but the company’s longer-term strategy is already taking shape. The priority for 2021 has been to follow up on the surface rock chips found in Ryberg and see if the results could be replicated through drilling.

“Miki has been the focus of about eight holes so far, seven of which have hit sulphides, anything from massive sulphide to disseminated, so that’s been pretty encouraging. We’re continuing to drill along a 50km strike length at approximately 1km to 1.5km intervals.”

Another area of focus is the maiden drilling programme at Sortekap. The last hole was finished recently, producing some high-grade magnetite containing disseminated sulphides, predominantly chalcopyrite and pyrrhotite.

“Field season will wrap up in early October this year, so that will conclude a three month drilling programme. There will be a lot of work coming up in October through to May, not only planning an early entry back into Greenland in May, but also analysing all the assays and re-logging core from this years field season.”

The company will be assaying for a large suite of metals, and already knows there are large zones of mineralization, so the excitement is building around seeing the assays to find out more specific information about what is present with good results likely to prompt an expanded programme for the 2022 field season.

As the company gathers pace and builds towards more focused activity, the executive team is working primarily in a part-time capacity, the idea being that with some good results in Greenland the people working on a full-time basis will be added to.

“The main driver of the project is [CEO] Thomas Abraham James, who is a geologist and founder of Longland Resources. He’s been based on site in Greenland, managing this programme, so he’s been exceptionally busy managing people, rigs, food, logistics. It’s been a very busy three months, and looks set to continue for the next couple of months.”

The executive team is completed by Mr Le Page and Chairman Greg Solomon, who has practised as a commercial/corporate lawyer in WA for over 25 years. Non-executive members Doug Solomon and James Richardson make up the remainder of the Conico team.

“The next milestone will be to get all the assays back from this field season, because we haven’t been able to ship many samples out yet. We’re trying to ship one lot out at the moment, but we should have all the assays back in November/December this year.”

The potential is there for all to see, and Conico will now be looking to build on the positive indicative results it has seen in the Ryberg region, with potential investors having an eye on results due later in CY 2021.

“Logistics are challenging,” Mr Le Page concludes, “but I think the prize is pretty big. It’s the first diamond drilling programme that’s ever been undertaken in this part of east Greenland, so we’re all pretty excited to see what comes of it.”

With a very promising set of early findings at its Ryberg site, the future looks bright for Conico’s polymetallic exploration in Greenland. Find out more about Conico Ltd by visiting conico.com.au.