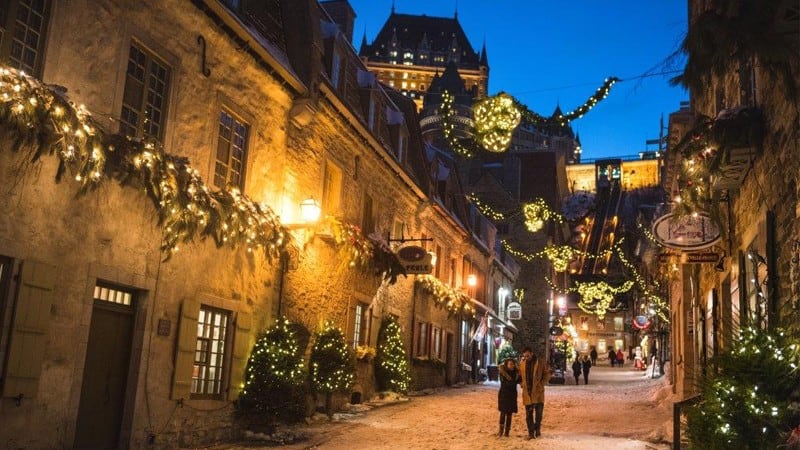 Situated deep in the heart of French Canada, Québec City is one of the oldest European settlements in North America. The city is the capital of Québec, the second most populous of the thirteen provinces and territories that make up Canada. It is also the second largest city in the province after Montreal, and the eleventh largest in the country.

The economy in Québec City is going through something of a boom, with the city currently experiencing its lowest unemployment rate in decades. Such a thriving economy helps create exciting opportunities for businesses, key industries and entrepreneurship. The city’s prosperity helps contribute to a diversified economy throughout the province.

Québec City is strategically located in Eastern North America, making it an excellent location for business events and conferences. Nearby Jean Lesage International Airport, the eleventh-busiest in the country, is a world-class facility meeting the very highest industry standards, and providing an excellent experience for passengers.

Conveniently located in Old Québec, the Québec City Convention Centre is central in driving the city’s economic activity, welcoming over 200,000 national and international visitors for conferences and events each year. In 2006, the International Association of Congress Centres named it the Best Convention Centre in the World.

When visiting the city, Old Québec is the perfect place to kick off the trip. A UNESCO World Heritage site, this walled city on the banks of the Saint Lawrence river is filled with quaint, winding streets, towering fortresses and lavish castles, as well as a selection of charming cafés and antique shops.

Historic attractions such as the Citadel make the area a fascinating place to spend a few hours. The largest British-built fortress in North America, the Citadel took thirty years to construct and has been active since 1850. Equally impressive is the breathtaking Notre-Dame Basilica, one of the oldest cathedrals in North America and a favourite of visitors to the city.

Perhaps the best way to get started exploring the city is to take part in a walking tour with Tours Voir Québec, a dynamic and attentive tour company that has been welcoming tourists from across the world since 2004. Choose from a variety of fascinating tours including the Grand Tour, the Food Tour, and a river cruise around the city.

A visit to French Canada just wouldn’t be the same without experiencing the region’s love for ice hockey. The Québec Remparts team plays in the Quebec Major Junior Hockey League and can be watched at the impressive Videotron Centre near the city’s Lairet area, the seventh-largest indoor arena in Canada.

Equally important to sample is the region’s cuisine. If you go to Québec and don’t experience the uniquely French Canadian dish of poutine (fries, gravy and cheese), then you’ve certainly missed a trick. In Québec City, the traditional dish is tourtière, a meat pie best experienced at Aux Anciens Canadiens, a restaurant specialising in old-fashioned Quebecois cuisine.

Our accommodation provider of choice when staying in Québec City is Auberge Saint-Antoine, providing farm-to-fork dining and luxury accommodation in the heart of historic Old Québec. Find out more at www.saint-antoine.com.