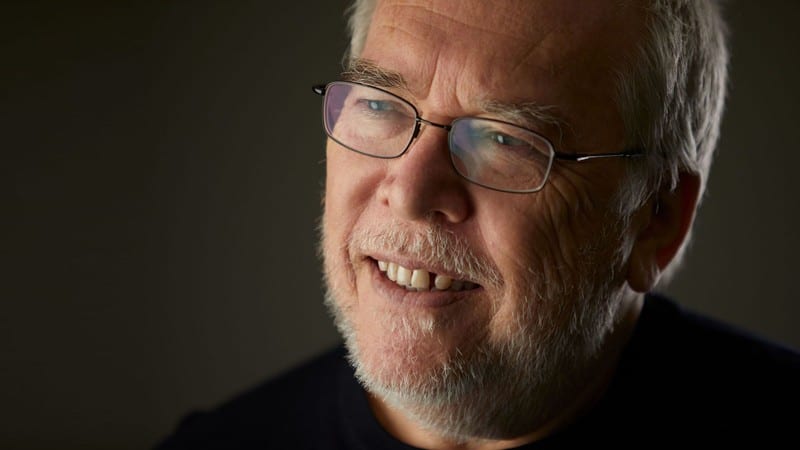 A world-renowned entrepreneur, strategic futurist, mentor and author, Richard Hames is amongst the world’s most influential thinkers, described by Forbes Asia as one of the smartest people on the planet. Dr Hames has successfully predicted a number of global events such as the World Trade Center attacks on 9/11, the Global Financial Crisis of 2008, and the Arab Spring. Dr Hames spoke recently with Executive America’s publisher Jesse Landry for the Landry.Audio podcast.

“There are a number of different kinds of futurist,” Dr Hames explains. “There are pop futurists, who look at patterns and trends, and try and predict what’s going to happen next year, or the year after. [Then] there are the academic futurists, who try to invent tools and methods for being better able to anticipate the future.”

Dr Hames’ profession falls into a third category, the strategic futurist. These futurists study deeper global patterns and trends across society, establishing how these underlying patterns create a different kind of society and attempting to make sense of these changes.

“What we do these days is to use AI to take a question – or a theme, a topic, an industry, something that’s in a state of change at the moment – and we ask the question of a propriety algorithm, who then scans hundreds of millions of documents that are available online to try and answer those questions or bring us information that’s relevant.”

The result is an information pack that provides the futurist with a starting point. That pack is sent out to around a hundred people, taken from a pool of nearly 3,000 trusted global sources, and bringing together feedback from a variety of industries and viewpoints.

“[These people] have a different lens on that kind of information. When we get that back, we then sort that into scenarios, we create different stories around different contexts, and input different kinds of possibilities. Then, we start making predictions about what the future could hold in each of those environments.”

This process allows the futurist to present a set of probabilities and possibilities, narrowed down to specific events or patterns that are likely to be influential. The problem remains, however, that experts and strategists tend to put little stock in these predictions.

“Conventionally, futurists haven’t been taken too seriously. Foresight isn’t regularly included in strategic planning. People find it difficult to put their minds around what might happen tomorrow, when all of their training and the emphasis they have to focus on is on today – it’s very myopic, very short term thinking.”

The result is that long term thinking in most walks of life is not generally undertaken with any degree of accuracy or quality. The lag in time that futurists deal with, sometimes a decade or a number of decades into the future, is not attended to sufficiently in many industries or by many strategic planners.

“From a quantum science point of view, there is no such thing as future. It’s really all now. What I’m trying to do is pull the deep future and the deep past into what I call the expanded now, where we can pretend to freeze time, so that we get a more expansive view of patterns and trends, and a deeper understanding of how society works and what probabilities therefore exist when those patterns interact in particular ways.”

One of Dr Hames’ most well-known predictions was the correct forecast of the GFC in 2008. This came about when he was asked to speak on the future of the global economy at a luncheon for Wall Street bankers in the United States. Research done in the lead up to this talk began to raise some concerns.”

“We started to identify a number of things. Then we started to connect the dots, and saw that the potential for collapse of the global economy hinged on just a few factors. So we put a slide together and brought those things to the attention of my audience in New York, and that went on the public record. That was about 3 years before Lehman Brothers went under.”

Since then, Dr Hames has continued to make bold and accurate predictions that have caught the attention of the watching world, including Donald Trump’s election as President of the United States. There’s no denying there is an element of the macabre in many of these predictions, as Dr Hames suggests with his final remarks.