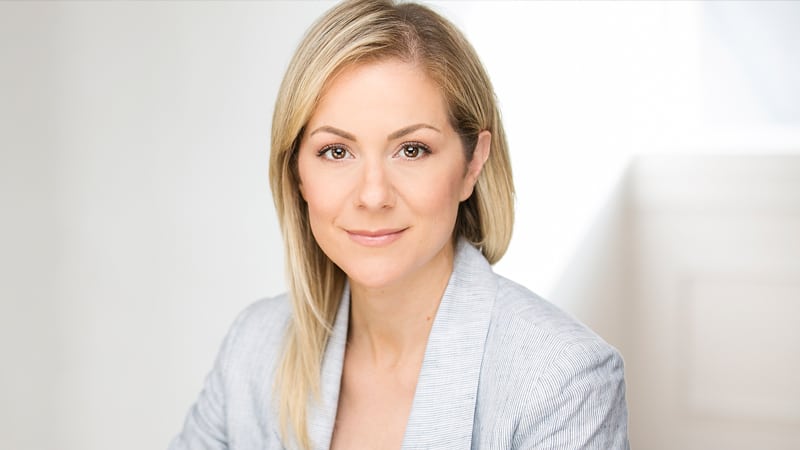 Eva’s Original Chimneys have 3 locations in the Greater Toronto area, two food trucks and location at the CNE and Toronto christmas market. Specializes in a freshly-baked Hungarian pastry known as Kürtőskalács, or Chimney Cakes, using a vegan base dough made daily from scratch with seven all-natural and mostly organic ingredients.

CEO and co-founder Kristin Butler started her career in social work, before becoming a talent manager in the TV and Film industry. The concept for Eva’s Original Chimneys originated in 2014, when Mrs Butler sold her home and everything she owned to spend a year travelling the world with her husband. Here she discusses falling in love with Chimney Cakes during a visit to Budapest, the key lessons she has learned from five years of entrepreneurship, and Eva’s plans to expand across the world by becoming a franchisor.

“It was back in 2015,” Mrs Butler says, “when my husband and I were on our yearlong backpacking trip around the world. We were coming to an end and we were visiting his family in Hungary, and they took us to a street market in Budapest, and we tried these Chimney Cakes, which are called Kürtőskalács, and honestly it was love at first bite.”

After trying food from around the world for the previous eleven months, nothing captured the couple’s heart in the way the Chimney Cakes did, and it became a daily ritual for them to enjoy the treat before they returned home.

“As we were on the train ride to our next country, we couldn’t stop thinking about them. We thought, we’re returning back home in April, maybe we’ll just look at seeing if we can learn how to make these Chimney Cakes and sell them back home, and just do that for fun in the summertime before we go back to real world living in the fall.”

The couple decided to fly to Slovenia to train at a Chimney Cake specialist centre for instructions on how to make the treat. After finding out how to do so, the remaining month of their trip was spent working out how to turn that knowledge into a business.

“We flew to Slovenia, we learned how to make them, we purchased the equipment, shipped it home, came home in April of 2015 and purchased a food truck the next day, sat down with a lawyer and incorporated our company, and within eight weeks we were operating at our first festival.”

Both Mr and Mrs Butler come from entrepreneurial families, so it is perhaps little surprise that the drive to start their own business was so strong and that they followed through with it so successfully.

“My mom owns her own business; my sister runs and owns her own business; Justin’s parents have owned and operated their own catering and banquet hall for 30 years; and Justin actually owned his own construction company prior to us travelling, so he was already an entrepreneur, always has been since he left High School.”

The co-founders of Eva’s recognized quickly that their product was an extremely unique one, with nothing like it being sold in Canada. It’s cylindrical shape and hollow middle gives it a striking look that immediately draws attention.

“It’s freshly baked, it’s a pastry, so when it comes off the grill you take the wooden dowel out that the dough was wrapped around, and it kind of steams and smokes out of the top, hence the name ‘chimney’. When we were first looking at it we were mesmerized by the actual baking process and how it looks – there is nothing like this in Canada.”

In 2016, as the business was growing across Canada, Eva’s decided to adapt its offering and start making the cakes into a conical shape, filling them with chocolate, soft serve ice cream and lots of toppings.

“That’s really what we’re known for now, the Chimney Cone,” Mrs Butler says. “People just kind of went crazy for that, because it’s like a donut cone, like ice cream inside of a donut. The extra appeal is, it’s unique and it’s beautiful and its Instagram-able, but the taste is actually amazing.”

The other unique element to the product is the collection of ingredients used. Being extremely passionate about health, Mrs Butler was adamant that the product be as healthy as it could be while still being a sweet, delicious treat.

“We use organic cane sugar and unbleached flour, no chemicals or any artificial ingredients. All of our sauces are house made, there are absolutely no syrups, no fake sugars. It’s baked and not deep fried, so you can have this dessert that you can feel good about, that goes into your body and doesn’t make you feel sick after.”

Having a strong connection to the vegan community, Mrs Butler wanted to make sure that as much of the product was vegan as possible, including the soft serve ice cream, the dough recipe – which uses sunflower oil instead of butter and no milk or eggs – and a number of the sauces and toppings.

“For the vegan community, even people who are just lactose intolerant – which is a large portion of the ice cream lovers out there – they can have this beautiful, decadent dessert that they can actually eat. So that’s huge for our Torontonians. I would imagine if other people in Canada had the chance to have it they would appreciate that too.”

Since its inception in 2015, Eva’s has continued to receive regular requests to become a franchisor, so much so that it has begun to lay out a plan for moving forward in terms of franchising and expansion.

“When we launched those Chimney Cones, it became super popular across the internet, with millions and millions of views of these videos that were made by BlogTO and Insider. I think that had this widespread reach across the globe, and then all of sudden we started having all these franchise requests coming in, all the way from Saudi Arabia to Florida to South Africa.”

Despite there being a desire to see their product eaten around the world, the co-founders of Eva’s have been cautious in starting a franchise journey, wanting to make sure that the right steps are being taken to make the process worthwhile and authentic.

“If there’s somebody that’s going to franchise our business, and become a franchisee, for me more than anything it’s important that they’re going to succeed. So we’ve really taken our time to build the business, understand our business, know where it works well, know what environment, what location is good, what neighbourhood.”

The company is already operating in a number of different settings and locations, with the original food truck idea working well, as well as being inside malls, street front locations and kiosks, and there is still more to learn about what is the best model for the business.

“[I want to] ensure that when this person is coming to become a franchisee, I’m handing them over something that I trust that they’re going to be able to do well with, and actually it’s going to provide value for their life.”

The onset of the COVID-19 pandemic has given the company even more time to work out the best way to expand into a franchising model, putting Eva’s in a place where it’s almost ready to start a proper expansion drive.

“We’ve been able to survive [the pandemic],” Mrs Butler says, “which is probably one of the worst things that most businesses have had to try to survive. But we’ve been able to do that and there is only signs of growth, so now we’re feeling a lot more confident about what we’re putting together for these franchisees.”

Entrepreneurs are used to wearing many different hats in the day-to-day running of a business or businesses, and this teaches a number of important lessons about to how to make a company successful. For Mrs Butler, it means that there are no jobs she doesn’t do.

“There’s nothing that’s above me or below me, in the sense that I will absolutely clean the floors and empty the garbage, and I will also do the payroll and I will also solve a technology issue, and I will also look for marketing ideas. It’s understanding that my responsibility is to be able to operate in every role at any time that’s needed.”

No matter which area of the business she is working in at any one time, Mrs Butler considers all jobs to be as important as each other, each component having a place in the wider running of the business.

“I would say stress management is key, in terms of lessons that I’ve learned running the business. When I started to understand that a big part of my role is to solve problems, or at least look for a solution, that actually helped so much, because then when a problem occurs it’s like – this is what we do, let’s figure it out. I don’t have that stressful feeling behind it.”

The key to this is knowing that there are going to be problems every day – that’s business. Instead of looking at these problems as things that shouldn’t be happening, it is about accepting them and seeing them as opportunities to learn more about the business.

“One thing that I share with my team and that I think is really important is that we don’t just serve ice cream. We have this opportunity to connect with people when they come into our store, and really provide them an experience for those few minutes that can positively impact their life.”

The focus in most of Eva’s team meetings is on the customer and what might be going on in their life that day, on making sure that they are treated well and given the best experience possible when they enter the store.

“That’s really all I care about,” Mrs Butler concludes. “Honestly and truly, that is what I care about. I want them to leave the store feeling a little bit better than they did when they walked in. Every single person who walks in, we have the chance to do that with. It’s not about the ice cream.” 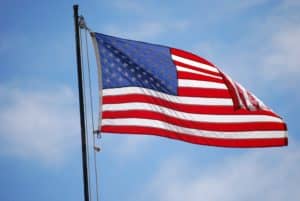