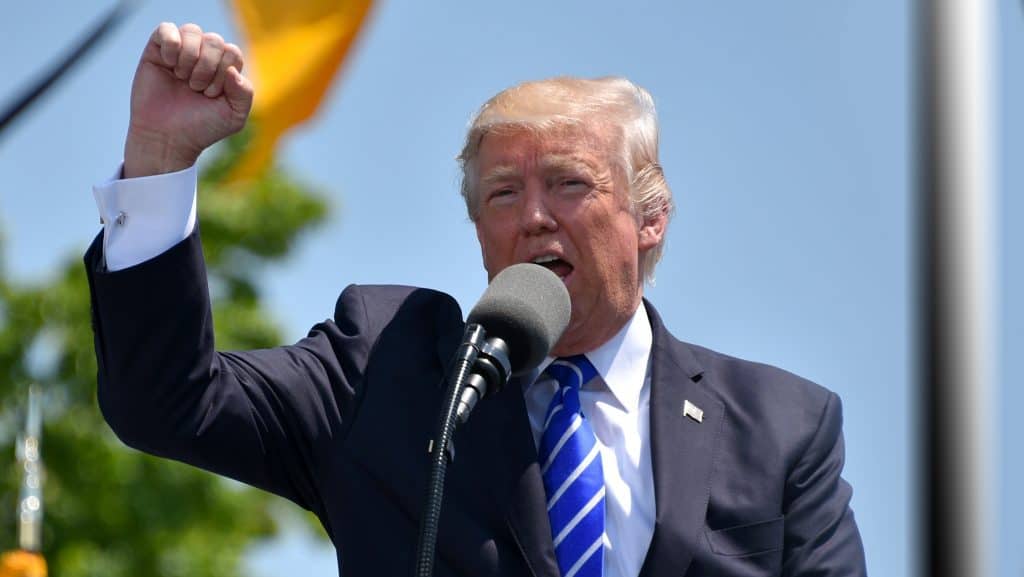 In 2016 I wrote an article about how then candidate Donald Trump had used the influence and reach of social media to bypass the media and create a movement of followers online and in the community. Since then President Trump has applied his social media acumen to foreign policy with shocking results. So what precedent has Trump set for the next generation of leaders?

Love him or loathe him, Donald Trump has had an enormous influence on the political and media landscape by utterly devastating the status quo.

Pundits that derided Trump as a ‘celebrity president’ had failed to see the almost decade-long strategy he and his team implemented to grow his online following that propelled him into the political stratosphere. Take for example the Conservative Political Action Committee (CPAC), a popular event for Republican presidential hopefuls held every year. With the exception of 2016, Trump has addressed the CPAC faithful every year since 2011, finetuning his messaging and growing his following among Republicans. It’s important to understand that it was during his first 2011 CPAC address that Trump first road-tested a version of the ‘Make America Great Again’ slogan to rapturous applause from the audience. Less than five years later he’d use that same slogan to galvanise the Republican base and take the White House.

Since his first CPAC appearance, Trump, knowingly or unknowingly, has disseminated his key campaign messages by adopting the same social media playbook that many young so-called ‘social media influencers’ have used to build enormous followings. Those who can remember the early days of YouTube will remember how young, relatively inexperienced ‘YouTubers’ were able to use their social media platforms to directly engage their followers in ways that hadn’t been seen before – growing their influence and reach among many young people to such an extent that their fame began to rival some of Hollywood’s biggest movie stars.

By adapting this raw and direct method of engagement, Trump was able to completely flip the old, out-dated media business model on its head. Political pundits and opponents were left scrambling to adjust to this new form of direct messaging. Many of Trump’s GOP primary foes were still caught in the past. They were utilizing cookie cutter campaigns which bogged them down with the same romanticism of ‘West Wing’ style presidential campaigning that the public had come to view as manufactured and fake.

Trump on the other hand opted to use Twitter and phone-in media appearances on the morning shows to get his message out. Long-winded press statements were replaced by short, sharp and often grammatically incorrect tweets that cut to the point. Trump was communicating in the same way many Americans had become accustomed to in their day-to-day lives.

Before Trump, Barack Obama was hailed by the press as the first social media president. But was that true? Obama’s team were the primary drivers behind his digital strategy. Each Tweet or Facebook post was carefully crafted and vetted to ensure no particular electoral demographic was offended. This left Obama’s tweets sterile and unengaging. After becoming President, Obama rarely tweeted or posted directly to social media. Unless it was campaign season, most Americans could only hear from the President through mainstream media outlets or via scripted YouTube videos encouraging them to sign-up for a healthcare plan. Direct tweets from Obama became so infrequent that engagement via the @BarackObama and official @POTUS Twitter accounts fell off a cliff. Now compare that to the tweets coming from the aptly named @RealDonaldTrump account. For better or worse, I doubt anyone would argue those tweets aren’t authentic or real.

You can certainly debate the substance of the online messaging coming from Trump, but you cannot ignore that fact that he has set a new standard for leaders to directly engage with their followers. From Hollywood to Wall Street and Washington D.C., leaders are waking up to the new notion of ‘digital influencers’. Picking up where Trump left off, movie stars like Dwayne “The Rock” Johnson, Will Smith and Kevin Hart have invested heavily in growing their online influence. Smith for instance has dived headfirst into social media by launching his own YouTube series to compete with the new breed of young internet influencers. To-date he has amassed over 6.6 million followers on YouTube alone. In the world of business, titans like Elon Musk and Gary Vaynerchuk have been able to leverage their own online influence to outpace their competitors and establish trust in the market.

We are now witnessing the rise of the political and industry influencer: individuals who use social media to build an audience of followers capable of being mobilised online and in the community to achieve an objective.

Don’t get me wrong, I’m not necessarily endorsing the use of Twitter to conduct foreign policy. Trump’s untested foreign policy social media tactics are certainly a high-wire act with enormous consequences. However, ignoring the substance, the strategy he is implementing is sound. In today’s world of influencers, it isn’t hard to imagine an Oprah Winfrey or even Will Smith leveraging their online influence to leapfrog establishment politicians in order to run for high office.

Matt Versi is a communications and campaign advocacy consultant. Matt has worked across both the government and private sector advising political leaders, organizations and industry leaders on their communications and digital strategies, personal branding and content creation capabilities. Find out more by visiting impaq.media.