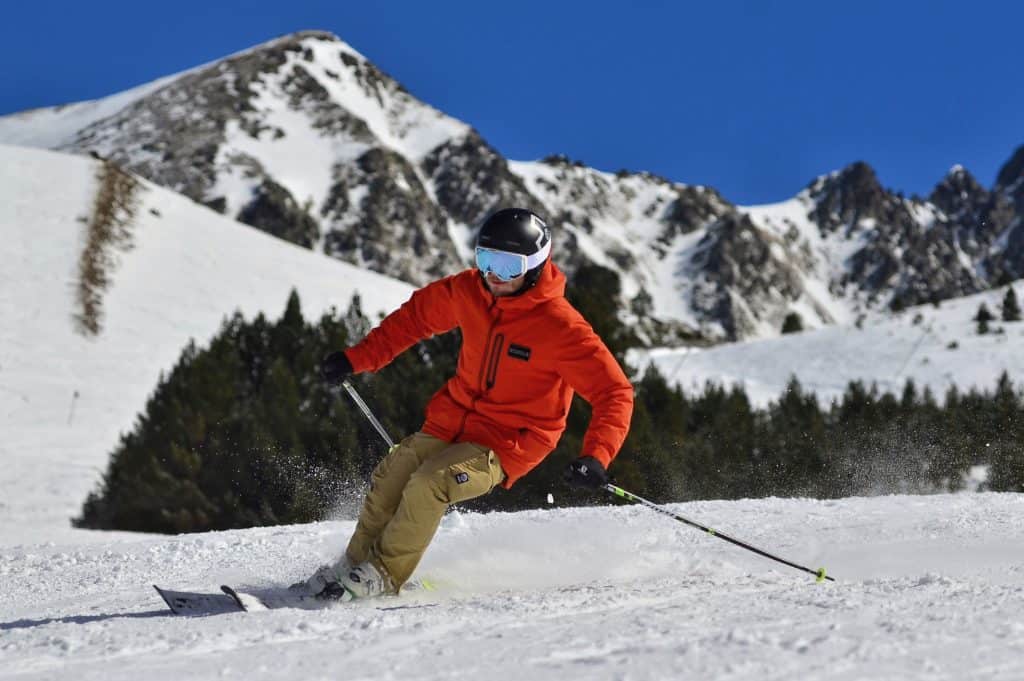 Tucked into the north-eastern US region of New England, with thousands of acres of Green Mountain terrain running through it, Vermont is known for its primarily forested natural landscape, as well as being home to more than a hundred 19th-century covered wooden bridges, and a major producer of maple syrup.

Tourism is one of the largest industries in the state, which receives over 13 million visitors each year and around $3bn in annual spending on lodging, food and drink, goods and services. The busiest time of year is the summer, when more than 5 million people arrive to enjoy Vermont’s wide-open spaces and diverse attractions.

Tourism is not reserved merely for summer however, and Vermont is visited year round, with world-renowned fall foliage enticing a flock of visitors to state byways every year to enjoy a spectacular change of seasons. In winter, Vermont’s world-class ski resorts make it the most popular spot in the north-east for skiing and riding.

One of the best places to visit is the northern town of Stowe. Located at the foot of 4,395 foot high Mt. Mansfield, the highest mountain in the state, and boasting a covered bridge, white-spired church, weathered barns, and ski trails down the mountainside, Stowe is a picture postcard image of Vermont.

Deep in the heart of the state’s snow belt, Stowe personifies the glory days of Vermont’s early ski industry. The heritage of the industry is on show in nearby Vermont Ski and Snowboard Museum, which has been dedicated to collecting, preserving and celebrating the history of skiing and riding in Vermont since 1988.

Stowe Mountain Resort is still one of New England’s premier ski destinations, and the gondola that carries skiers in the winter takes sightseers to the summit for more views in the summer and fall.

With plenty to offer beyond skiing, Stowe has shops and boutiques, art galleries, dining, and lodging of all sorts available. The walk along the 5.3 mile Stowe Recreation Path, a paved multi-use route through meadows and woods alongside the river, provides exquisite views of Mt. Mansfield.

Beyond the resort, the road narrows to snake through Smugglers’ Notch, one of Vermont’s most engaging natural attractions. The road through this pass between Mt. Mansfield and Spruce Peak is so tight and narrow as it winds upward that at some curves only a single car can pass through the openings between giant boulders.

A short drive south down Route 89 is the state capital, Montpelier. Vibrant, engaged and neighborly, Downtown Montpelier is one of 23 designated historic downtowns, where visitors and residents find the distinctive local businesses, historic buildings, and rich cultural and social activities that form the state’s special sense of community.

In the center of the city, The Vermont Historical Society explores the state’s rich heritage, with the purpose of reaching a broad audience through outstanding collections, state-wide outreach, and dynamic programming, believing that an understanding of the past changes lives and builds better communities.

After the capital, Vermont’s most-populated city, Burlington, is another ‘must visit’ part of the state. In the heart of downtown Burlington, the marketplace in Church Street is a four-block long traffic-free space where visitors can find public events and lively street life, even in Vermont’s cold winters.

Along with the festivals scheduled throughout the year, Church Street is home to an abundance of sidewalk cafes, benches, and public artworks, and buildings filled with shops, restaurants, and boutiques.

Thirty miles east of Burlington, the little town of Waterbury is home to another of Vermont’s most iconic brands. Unquestionably the most popular tourist attraction for children, the Ben & Jerry’s factory offers a 30-minute guided tour of the factory, giving visitors the chance to watch workers as they make and package ice cream.

Summer in Vermont sees the arrival of fair season, and there are few more well-known than the historic Champlain Valley fair in Essex. The first Fair opened as the Essex Fair in the 1910s, and grew so quickly over the first few years that a committee was formed with the intent of turning it into a ‘true county fair’ in 1921.

Today the fair is marketed by promoters as the ‘ten best days of summer’ and offers fun for the whole family, featuring a garden center, animal exhibits, vendors of both hard and soft goods, and a selection of delicious and exciting fair food stands.

South of Burlington, on the shores of Lake Champlain, is the suburb of Shelburne, home of a well-known farm, the Shelburne Orchards, and the Shelburne Museum, one of the nation’s most diverse museums of art, design and Americana.

Extending for 120 miles between Vermont and New York, with its northern tip in Canada, Lake Champlain lies mostly in Vermont, and draws visitors for its recreation, wildlife, and historical attractions. Much of the lake’s shoreline is undeveloped, a haven for wildlife and a playground for canoeists, kayakers, and sailors.

According to Samuel de Champlain, for whom the lake is named, a 20-foot serpent-like creature swims in the lake. His was the first, but certainly not the last, reported sighting of the creature now known as ‘Champy.’

North of Burlington is the town of Colchester, located on the shores of stunning Mallet’s Bay, where visitors can find the Island Line Trail or Colchester Causeway, a 14-mile rail trail located in northwest Vermont. It comprises the Burlington Bike Path, Colchester Park and the Allen Point Access Area.

In the north-east of the state, the small town of Danville is home to New England’s largest maze, the Great Vermont Corn Maze, a unique attraction with a maze covering 24 acres and constituting more than 2 hours of hiking, with miles of dirt trails lined with walls of corn.

Along Route 4 on the eastern state border is the town of Hartford and Quechee State Park, home to the Quechee Gorge. Vermont’s deepest gorge, Quechee was formed by glaciers about 13,000 years ago, and has continued to deepen by the constant action of the Ottauquechee River, flowing 165 feet below.

A trail leads through the woods beside the rim to the bottom of the gorge, where you can see the lower part of it from water level. Close to the gorge, also on Route 4, is the excellent Vermont Institute of Natural Sciences, a nature center where injured raptor birds are rehabilitated and returned to the wild.

The institute’s new Forest Canopy Walk is fun for people of all ages and levels of ability, gaining elevation without stairs by following the land’s natural slop toward the Ottauquechee River. The Walk has a tree house, giant spider web 43 feet above the forest floor, educational interpretation, and local artwork.

Less than 20 miles south down the Connecticut River is the town of Windsor, where visitors can find the American Precision Museum, which combines the atmosphere of an original 19th century factory building with a world-class collection of historic machines.

The Museum is located in the Robbins & Lawrence Armory, a National Historic Landmark. In 1846, Samuel Robbins, Nicanor Kendall, and Richard Lawrence won a government contract for 10,000 rifles, and constructed this four-story brick building beside Mill Brook.

The southern town of Manchester has become a popular tourist destination over recent years. One of its prime locations is the Lincoln family home at Hildene, which represents a fine example of homes built as retreats for the families of wealthy magnates.

Robert Todd Lincoln, son of the 16th US president, first visited Manchester shortly before his father’s assassination, and later returned to build the Georgian Revival Hildene as his country estate. The home is furnished with a number of pieces from the Lincoln family, including the President’s famous stovepipe hat.

Further south still, at the very lowest tip of the state, is historic Bennington, home to the Bennington Battle Monument, a 306-foot-high obelisk, visible for miles around, that commemorates the 1777 battle fought about five miles west of Bennington during the Revolutionary War, which turned the tide against the British.

Regardless of the time of the visit, Vermont has attractions and destinations in spades in all four seasons, and no matter the weather, there’s always something to do for couples, groups or the whole family.